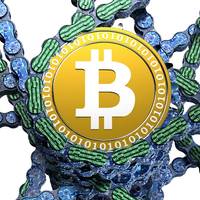 “Blockchain” and the World of Marine Insurance

If you’ve been working in the marine insurance industry lately, you will have heard about “blockchain” at some point; it is the electronic, distributed ledger, notoriously known for enabling the use of cryptocurrencies such as Bitcoin and Ether. But the blockchain technology’s utility goes beyond cryptocurrencies, potentially offering creative ways to solve other real-world problems. Within blockchain ledgers, the use of ‘smart’ contracts essentially converts contractual obligations into lines of computer protocols, which facilitate, verify, or enforce its performance.

Marine Marketers of America (MMA) is presenting a free seminar for members of the boating industry attending the Ft. Lauderdale International Boat Show. Slated for Friday November 6 from 8:30 - 10 am at Bahia Mar's Grandview Room, the event includes a membership mixer, brief association meeting, and the seminar entitled, "Collaborative Consumption Strategies for Growing Boating: How Four Companies are Engaging Former Boaters and Attracting Newcomers to the Boating Lifestyle... The seminar will be facilitated by NMMA's Chief Marketing Officer Carl Blackwell who originally organized and moderated this panel event for IBEX.

EarlyShares, an accredited investor funding platform that connects entrepreneurs and business owners to investors, today announced the launch of an equity investment campaign for an innovative startup venture in the recreational boating industry. The campaign is the first of many equity investment projects that will be launching on the EarlyShares platform in coming months. The equity investment offering for Boatsetter, a Miami, Florida-based peer-to-peer boat rental initiative primed to reinvigorate the boating industry, launched on Monday, December 9. Investors have already begun investing in the campaign.

GetMyBoat, leader of peer-to-peer boat rentals and charters, say they have steadily added over 200 boats a week worldwide, which will give them a year-end tally of over 11,500 boats in 1,100+ cities, 80 countries, and 49 US states. Seasoned sailors and new boaters alike have the opportunity to try any type of desired watercraft, from a kayak in California to a catamaran in Croatia. Every boat owner listed with GetMyBoat now can reach a global audience and marketplace with their watercraft.