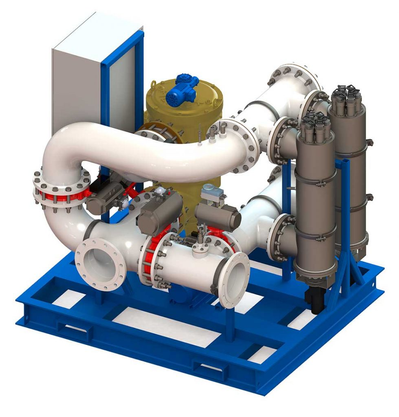 The Evac Evolution Ballast Water Management System (BWMS) has been granted IMO Type Approval. The system has been designed and manufactured by Cathelco, which has been part of Evac Group since May 2018.

The system has been tested to the latest IMO requirements which encompass the revised G8 standard and the recently introduced Ballast Water Management Code which has much more robust definitions of the design limitations of the equipment.

The Evac Evolution BWMS is also well on its way to attaining US Coast Guard Type Approval having been on the pending list since November last year.

This is the second time around the approvals course for Cathelco, which received IMO Type Approval for its Mk1 BWMS in May 2014, followed by U.S. Coast Guard AMS Approval six months later.

The latest test program was conducted at the MEA facility in Holland with Lloyd’s Register acting as the independent laboratory working under the Flag State regulations of the UK’s Marine & Coastguard Agency.