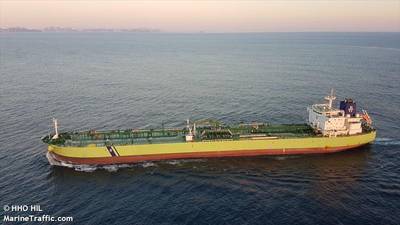 A Singapore flagged oil tanker came to the rescue of four French sailors whose sailboat became disabled by broken sails and engine failure approximately 225 miles east of Cape May, N.J. on Thursday, June 7.

U.S. Coast Guard rescue authorities received a notification from French rescue personnel that the 43-foot sailboat Simbad had a disabled engine and broken sails and required assistance. The four sailors reported two were in good health, one sailor had broken ribs and the last sailor had severe sea sickness.

Help came for the 748-foot tanker BW Nile after the Coast Guard queried the Amver system and located and requested the Amver participating ship divert to assist the sailboat.

After agreeing to assist, the BW Nile arrived on scene and determined that towing the sailboat to New York was the best course of action. The tanker was able to secure a line to the stricken vessel and began towing the boat while the sailors remained aboard their sailboat.

The BW Nile was able to hand off the tow to Coast Guard personnel without incident.

The BW Nile, managed by BW Tankers, enrolled in Amver in August 2017. 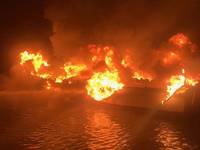 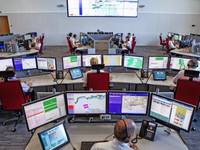