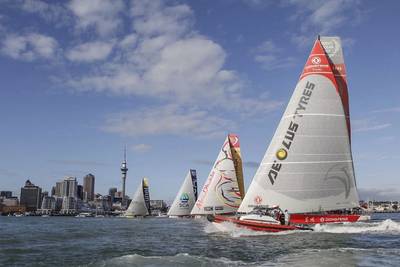 The fifth leg of the Volvo Ocean Race in New Zealand finally got underway on Wednesday following a three-day delay to avoid the worst of Cyclone Pam.

The nine-month round-the-world yacht race was scheduled to leave Auckland for Itajai, Brazil on Sunday.
The 6776 nautical mile race from Auckland to Itajai in Brazil will take roughly three weeks to complete. It will take the fleet back into the Atlantic for the closing stages of the leg for the first time since November before passing Cape Horn.
Abu Dhabi Ocean Racing, skippered by Britain’s Ian Walker, are currently leading the overall standings ahead of the Dongfeng Race Team thanks to a better performance in the In-Port races.
Auckland had put on a good show while the crews were in town, a pop up village and bar area down by the waterfront was popular as the long summer drags on. And the in-port race, held on Sunday and won by the all-women crew of team SCA from Sweden, was a huge crowd pleaser.
The Volvo Ocean Race is staged over nine legs and is poised to finish in Gothenburg, Sweden on 27 June. The round-the-world challenge, in its 41st year, covers 38,790 nautical miles. It is staged over nine legs, visiting 11 ports and every continent.
• Brazil • New Zealand • Ian Walker 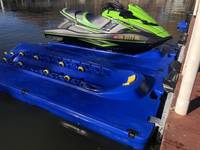