There are many mysteries in the maritime environment.  For Sailors along Spain and Portugal’s Atlantic coastline, there has been a recent series of puzzling incidents involving apparently aggressive orcas.

While orcas are not known to attack humans, they can cause damage to boats.  In a series of incidents along the Spanish and Portuguese coasts between Gibraltar and Galicia, groups of orcas have been recorded swimming near sailboats and other vessels, and in some cases acting together in such a way as the people on those boats thought themselves to be in grave danger.

The Spanish Maritime Search and Rescue Agency, Salvamento Maritimo, has reported multiple sailing vessels yachts have been damaged by encounters with orcas.

According to the New York Times, the Spanish Ministry of Ecology recorded 13 orca encounters since mid-August off the coast of Galicia alone.

Several sailing vessels, including Urki 1, Amadeus, and the Spanish Navy's racing boat Mirfak, had to be towed into port by Salvamento Maritime rescue vessels because of significant damage to their steering gear.

On July 29, a vessel off Cape Trafalgar reported that it was surrounded by nine orcas that rammed the hull for over an hour, turning the boat around, damaging the propulsion system and disabling the rudder.  The boat radioed authorities to report it was “under attack” by killer whales.  On Sept. 11, a yacht was being transported from Spain to the UK and was rammed more than a dozen times by Orcas, lost steering and had to be towed into port to make repairs.

Some witness reported that the killer whales communicated with one another with extremely loud and high-pitched noises as they were battering the vessels. 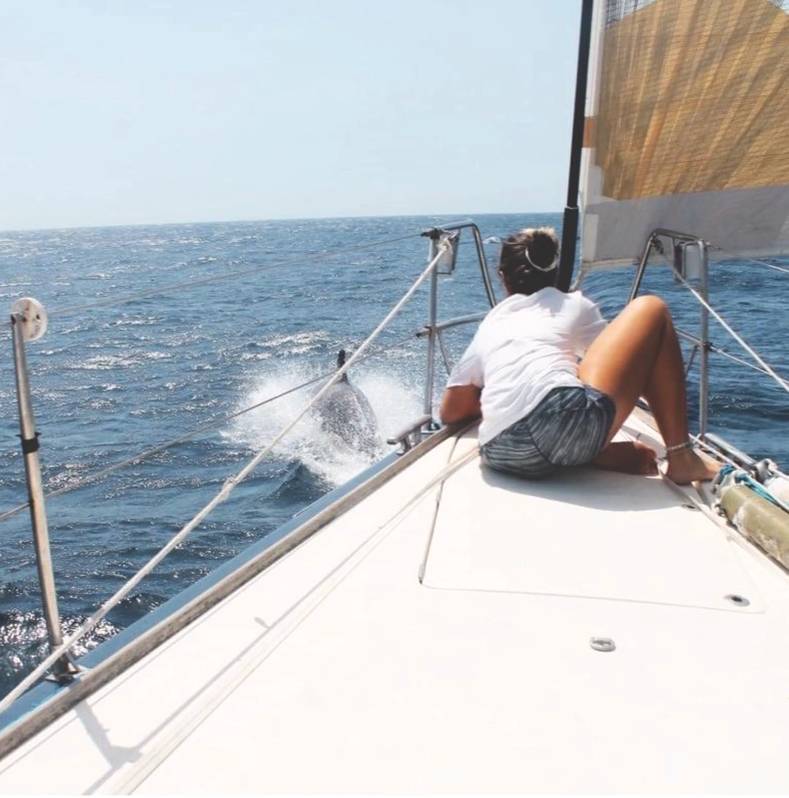 Orcas swim behind a sailboat as it's being towed to safety after what crewmembers describe as a killer whale attack. (Submitted by Victoria Morris)

In a report published by the Guardian newspaper, Victoria Morris, a biology graduate student and crewmember aboard one of the boats, said she felt like the attack was coordinated. “The noise was really scary. They were ramming the keel, there was this horrible echo, I thought they could capsize the boat. And this deafening noise as they communicated, whistling to each other. It was so loud that we had to shout."
Her four-person crew radioed the coastguard with a distress call about an “Orca Attack.”  The authorities were astonished.  “You’re saying you’re under attack from orca?” the coastguard replied.

When they were towed into port, they found their keel was covered in bite marks and two-thirds of the rudder was torn away.
Orcas are the largest members of the dolphin family, and can grow to be 30 feet long and weight 6 tons.  Like dolphins, they are intelligent and social, and can follow boats.

Over-fishing has affected the orcas’ food stocks, resulting in a decline in the population of orcas, and increased maritime traffic in the vicinity of the busy Increased sea lanes near Straits of Gibraltar have negatively impacted their habitat.

Marine biologists think this activity is confined to a single pod of killer whales, because it is highly unlikely that such unusual behavior would occur simultaneously with different pods. Scientists don’t know if the orcas are angry, confused, or just being “playful.”  Their presence in these waters during the summer months is normal as they follow their favorite food, bluefin tuna. Humans can accidently or intentionally harass marine mammals-- it is illegal to purposefully harass marine mammals.  However, experts say this apparently aggressive behavior by this group of orcas is extremely rare.

There are no known cases of humans being attacked and killed by orcas in the wild.  But Spanish maritime authorities are not taking any chances.

They have warned mariners to “keep a distance” from any orcas.