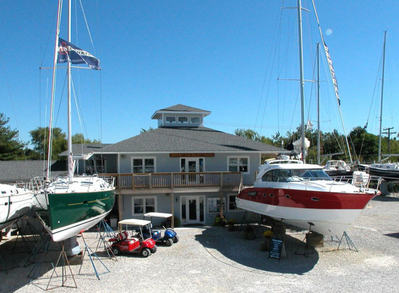 In order to keep up with demand generated through rapid infrastructure growth and expansion, Annapolis Yacht Sales (AYS) is excited to introduce a new director-facing model of operations; driven by inside personnel promotions and a reimagined organizational structure.


Chris Humphreys, Rob Taishoff and Tim Wilbricht purchased AYS five years ago with the intention of growing the company exponentially, and the new structuring comes as a direct response to the success in meeting that goal. AYS' new Virginia Beach location is the most recent result of this expansion effort.

In light of this growth, AYS announces Kate Dawson, Chris Humphreys and Tom Turner as its Council of Directors. The Directors will focus on operational decisions as well as further infrastructure expansions and the development of AYS' preeminent role in yacht sales and services for the Mid-Atlantic region.

Annapolis Yacht Sales handles every part of the buying and selling process, including financing, documentation and extended warranty options. AYS also has a renowned in-house service department that can handle all yacht and boat repair, service and maintenance needs.

In addition to the restructured system of directors, AYS is pleased to announce the promotion of the following employees:

Annapolis Yacht Sales' mission statement is: "Building lasting relationships with our customers, partners and employees while serving the recreational and travel community. Our core values shall be based on Honesty and Integrity and Service to the Community."