Oranje Nassau, a 20-m, 55-passenger sightseeing boat and water taxi operating on Berlin’s urban waterways was recently put back into service after replacing its diesel engine with a fully integrated all-electric propulsion system by Torqeedo.

The Torqeedo Deep Blue 50i electric drive is powered by three Deep Blue batteries with 120 kWh capacity which provide energy for a full eight-hour day at operating speeds, recharging from shorepower connections overnight at dockside.

Buoyed by the performance of the electrified Oranje Nassau, André Siebach, managing director of Berliner Wassertaxi, is already making plans to convert the other two tour boats in his fleet with the same Torqeedo propulsion package.  Siebach said that the comparatively light and streamlined canal boats are perfect candidates for conversion to electromobility. “For the Oranje Nassau project, we were looking for a single supplier who could reliably deliver motors, batteries, and energy management systems for high-voltage systems. And that’s exactly what we got from Torqeedo, which offered to supply a complete system with industrial quality components, system integration, and project management.”

The German capital has eleven navigable waterways totaling 200 km in length, including the Spree and Havel rivers and the famous Landwehr Canal, and there are more than 40 companies active on the city’s urban waters, generating a turnover of 200 million Euros a year and providing many jobs. Like many other global cities, Berlin has invested heavily in electromobility in recent years. The buses are quieter and more climate-friendly, and electric scooters, hybrid cabs, and electric cars have become familiar sights in the city. In the summer of 2022, the first 200 charging stations for electric autos will be installed in streetlights, with thousands more to follow.

Until now, however, the boat traffic on the Spree River, the city’s oldest traffic route, has lagged behind other transportation modes in their embrace of electromobility, which is starting to change with this latest installation. 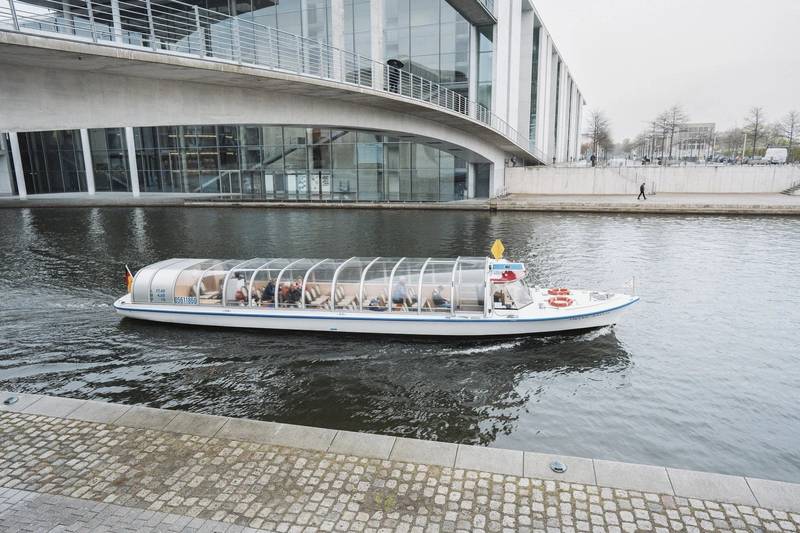