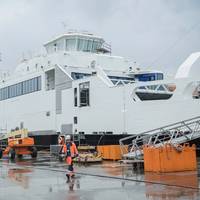 As maritime digests a number of historical changes, Norway’s Fjellstrand shipyard wants to put aside the rule book and look at the whole process in a new way, reducing engineering costs up to 70% and production costs up to 20%.The process of designing and building a ship, even in today’s highly standardized mass manufacturing environment, remains largely a one-off, one-of-a-kind design and build. Ships are most often built to a shipowner’s or operator’s specific requirements, which are often based on fixed parameters such as speed… 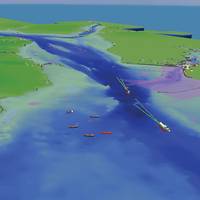 Marine operators and entities have long struggled with the most efficient, effective means to monitor and manage traffic in increasingly busy ports around the world. The marine industry, unlike the airline industry, is unique in that mixed with high levels of commercial traffic is a broad and ever changing mix of personal watercraft of varying sizes, with equal variables in terms of operator experience. Thus the ability to rapidly collect, compute, disseminate and act on information is central to safe port operations. A U.K.