Briton Plans to Round the World On an Electric Boat 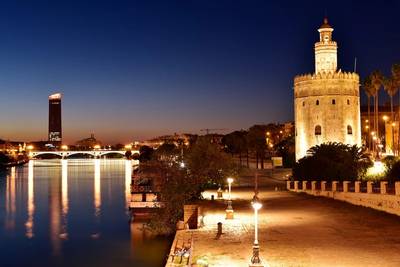 British navigator Jimmy Cornell set sail from Seville in Spain on Thursday to commemorate the 500th anniversary of the first voyage around the world—this time on an electric boat.

The trip "has two dimensions, a historical dimension, because I want to travel the original and historic route," Cornell told reporters.

"But it has another very important dimension for me, which is to protect the environment. This is why it is a fully electric boat with zero emissions."

Cornell completed his first world voyage between 1975 and 1981. After returning to some of the places he had visited, Cornell said he was shocked to witness the destruction caused by climate change, prompting him to take on the zero carbon challenge.


(Reporting by Mariano Valladolid; Writing by May Ponzo; Editing by Ingrid Melander and Janet Lawrence)