The strong economy and consumer spending confidence demonstrate the yacht market has definitely bounced back. A veteran 20-year broker with IYC, Elliott hasn’t seen this kind of activity since his strongest years, preceding 2008.

“It’s the Trump effect,” said Elliott. “People feel good about the economy which has been very robust the last few years.”

While he never knows when deals will happen and is powerless to make them happen, Elliott is always marketing and matching buyers and sellers.

“The harder I work, the luckier I get,” said Elliott, noting that a lot of closings result from boat shows, but these deals came about before the show and resulted in Elliott having a couple of empty slips at Palm Beach International Boat Show.

A mistake most brokers make is being full of sales pitches. “We (brokers) find people boats,” said Elliott. “We don’t sell people boats. The guy whose boat you just listed, you are in the best position to sell him his next boat.”

Relationship selling also helps Elliott match clients with the perfect boat, as was the case with Bella Una. This vessel in pristine condition has unique handicap-accessible features and will now serve another owner who can enjoy those accoutrements.

“The gangway and elevator were wheelchair friendly,” he said, adding,”the boat comes with a lift system and gantry cranes. It was originally built for Charlie Walgreen.” 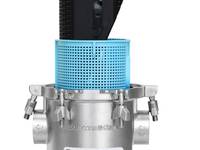