The crew of the sailing vessel Gaia became disabled after being demasted and losing all electrical power. The crew activated an Electronic Position Indicating Radio Beacon (EPIRB) which notified the Coast Guard that the crew was in distress approximately 37-miles off Atlantic Beach, North Carolina.

An aircrew from Coast Guard Air Station Elizabeth City launched a HH-60 Jayhawk rescue helicopter crew and lowered a handheld radio to the crew of the Gaia Sunday night.

The crew of the Coast Guard Cutter Vigorous, a 210-foot medium endurance cutter homeported in Virginia Beach, Virginia, was diverted to the scene to assist and placed the sailboat in tow.

"EPIRB's are a phenomenal resource for boaters," said Thomas Botzenhart, operations unit controller at the Coast Guard's 5th District command center. “Once activated it makes it much easier to find your vessel in an emergency. However, you have to keep your registration and contact information updated in order for the process to be effective.” 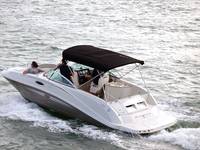 USCG Warns On Negligence At Sea