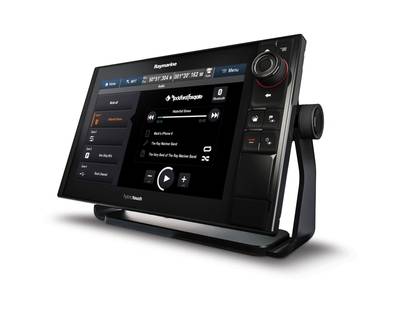 Rockford Fosgate to offer marine audio solution with full function control via a Raymarine multifunction display
Rockford Fosgate and FLIR Systems have partnered in the development of integrated audio solutions for the marine environment.
The two companies will have products on display for demonstration at the Miami International Boat show to be held February 11-14. Visitors to the FLIR / Raymarine booth will have the opportunity to test drive and interact with Rockford Fosgate audio systems directly from Raymarine-branded multifunction navigation displays.
The first model Rockford Fosgate will offer with Raymarine integration is the PMX-5 digital media receiver. The PMX-5 will integrate via CAN bus to the Raymarine MFD where a custom designed user interface will be displayed. This menu system, built with "ease of use" in mind, is fully featured with all the controls found on the head unit, including control of true two independently sourced zones. Raymarine will deliver PMX-5 integration in the next release of the LightHouse II operating system in March of 2016 and the two companies are committed to delivering support for future Rockford Fosgate audio systems.
• Flir Systems • operating system 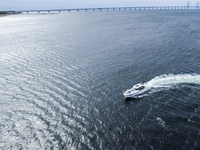