In a return to the age of the clipper, a French company is using a sailing boat to ply the trade routes that pre-dated steam power—and delivering wine and chocolate to environmentally conscious customers on either side of the Atlantic.

Sleek and light like its larger predecessors, the aluminum-hulled “Grain de Sail” was custom built in a French shipyard and combines the technology used in modern yachts with a hold that can accommodate up to 50 tonnes of cargo.

It docked at Saint-Nazaire, in France’s northwestern Brittany region, on Monday with 33 tonnes of cacao - the raw ingredient for chocolate - after a three-month round trip.

The boat, which has a small diesel motor that is only used for maneuvering in harbors, set off from Brittany in November carrying 15,000 bottles of French organic wine and crewed by just four sailors.

It delivered that cargo to New York four weeks later and then set course for the Dominican Republic to pick up the cacao that the company will now roast in France.

The vessel is scheduled to set sail again from Brittany in April, and Barreau said he planned to add more vessels to create a sail-powered fleet.

Planet-warming carbon dioxide emitted by international shipping accounts for about 2.2% of the world’s greenhouse gas emissions resulting from human activity, according to a 2014 study by the International Maritime Organization. 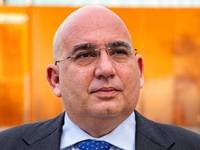