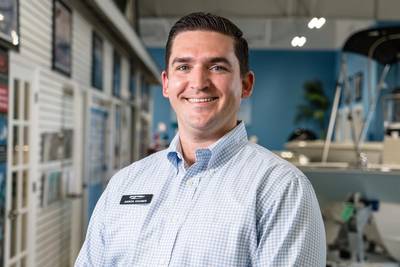 MarineMax has promoted Aaron Kramer to District President of North Florida. In this position, he will oversee all MarineMax stores in North Florida including MarineMax Gulf Shores, MarineMax Pensacola, and MarineMax Panama City Beach.

Kramer joined MarineMax in 2012 at MarineMax Houston. He has gradually moved through increasing roles of responsibility eventually managing MarineMax Gulf Shores. Most recently, Kramer was the General Manager of MarineMax Venice where he and his team achieved the utmost success for the past three years. He is a graduate of Appalachian State University and subsequently received his MBA from Arizona State University.