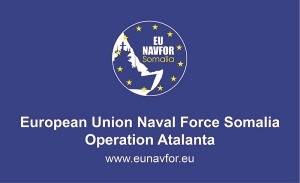 Rear Admiral Potts who is the operation commander of the European Union’s counter piracy mission (EU NAVFOR) off the coast of Somalia reminds the yachting and leisure craft community that whilst pirate attacks have reduced off the Horn of Africa over the past year, the threat of piracy remains and owners should continue to avoid transiting the High Risk Area – the southern Red Sea, Gulf of Aden and the Western part of the Indian Ocean.

About 12 yachts have been attacked, with their crews captured or killed by pirates in the Gulf of Aden and the Indian Ocean in the past few years.  Nearly every recorded attack on a yacht has led to the crew being taken hostage and moved to Somalia, with extreme violence and mock executions being the norm.  On average, maritime hostages have been held for over 7 months, however, some are held for much longer, with huge ransoms being demanded for release.

Rear Admiral Potts said: “We are currently witnessing a tactical, yet wholly reversible success in the reduction of pirate attacks off the Horn of Africa and we very much welcome the shipping community’s efforts to protect merchant ships transiting the area with the  implementation of self-protection measures to deter attacks.  Counter-piracy forces  also continue to maintain pressure on Somali pirates by disrupting their activities at sea.  That said, it cannot be stressed enough the significant danger that pleasure craft owners will put themselves in if they choose to transit the high risk sea area where pirates are known to operate.”

The message to the leisure craft industry from EU NAVFOR is clear – do not transit the High Risk Area.