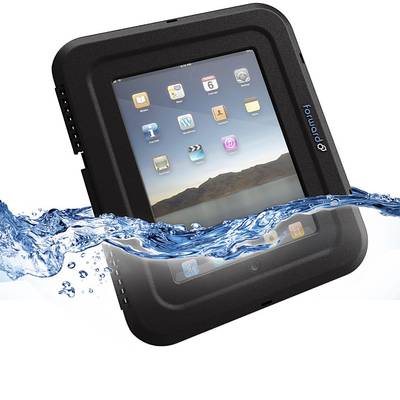 The Lifejacket Case from Global Navigation Authority, LLC has won the title ‘2013 Best Waterproof Tablet Case Runner-up’ in Tablet2Cases’ annual Golden Case Awards. The Golden Case Awards competition is sponsored each year by Tablet2Cases, a global supplier of protective cases for tablets and smartphones based in Hong Kong.

According to Tablet2Cases, their panel of judges “Has cumulatively spent over 10,000 hours tracking and reviewing the newest cases, profiling companies and building the World's first Tablet Case Wikipedia.” The GNA Lifejacket is a waterproof case designed to protect an iPad from the elements when used in a boat cockpit or anywhere outdoors where there is exposure to the elements. The LifeJacket Apple iPad 1/2/3/4 waterproof Case was cited for its “Best Feature: Built-in Floatation”, and that “In terms of protection from water and other elements, the LifeJacket iPad waterproof case is among the very best in its class: This case is capable of withstanding submersion for 30 minutes in depths of water up to three feet.  Additionally…the LifeJacket case is literally a snap: Simply place the Apple iPad in the back cover and snap on the top piece… the hard plastic construction keeps things lightweight for easy carrying while providing nice protection against drops and shocks. The 3M glare-proof touchscreen window does an equally decent job in protecting the iPad and keeps the screen remarkably responsive.”