New Zealand-based Propspeed, a maker of underwater foul-release coatings for 21 years, recently signaled its intention to enter full-force into the commercial maritime space with the launch of its first coatings kit packaged specifically for the commercial marine trade professional. The Propspeed Commercial Kit includes all that is needed to coat two propellers 165-203cm in size, or a total surface coverage of 14.2 square meters.
According to Morgan, Propspeed has had a hand in the commercial market since its start. “We've been working on some ferries in New Zealand and Australia, but we really haven't made a concerted effort to get out there in front of the commercial customers.” But a recent expansion has increased the company’s capability, and now with warehouses in North America, Europe and New Zealand, plus distribution partners in 30 countries, it is positioned to “service the whole Americas, EMEA, and the Asian markets,” he said.

Propspeed’s expansion was not conducted in a vacuum, and Morgan said that the bevy of environmental and, by association, vessel performance issues have made the commercial market that much more interesting for the company.

“The world has changed a lot in 21 years, especially in terms of commercial operators,” said Morgan. “Tiered engine regulations, greenhouse gases, aquatic invasive species, corrosion protection, and maintenance,” are just a few of the concerns for vessel owners. “Let's just look at it in terms of fuel savings,” said Morgan, noting that in the past, operators chartering ships were not as concerned about fuel cost, “because they'll pass that along to the charterer.” Today that is changing, with the people chartering vessels starting to look more closely at the big picture regarding fuel burn and cost, maintenance, and of course, coatings.

“Now we see a lot of companies reaching out directly to us to say, ‘Hey, we are looking for a solution. Do you have something that would help us become more profitable, or become more environmentally friendly?’" said Morgan. 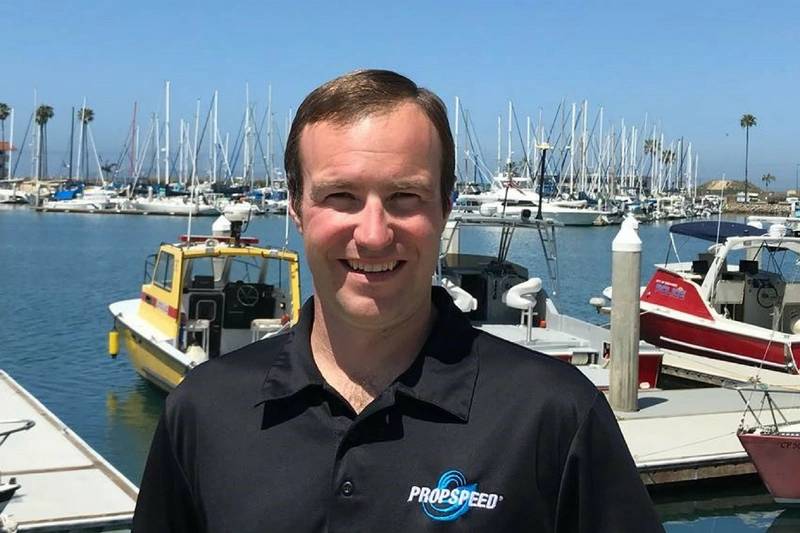 “I'll tell you this, not all silicones are created equal,” said Rusty Morgan. “We have formulated our kit in a way that is going to maximize your corrosion protection." Photo courtesy Propspeed

Inside the Commercial Kit
“Our product initially was developed for the recreational market, so our kit size was designed for smaller props, from 12 inches to maybe 50 inches in diameter, for boats between 25 to 100 ft.,” said Morgan. “Our target customer for the commercial kit is going to be operators with boats between 80 and 400 ft. We get into larger propeller sizes, larger rudder sizes, larger shafts.”

The commercial kit is going to tackle propellers between 65 and 80 inches. “So you'll get about 153 square feet of coverage out of that kit,” said Morgan. “For example, if you're going to coat a set of wheels that was, maybe, 120 inches in diameter, times two, two commercial kits will suffice for that application.”

As it comes precisely measured, “now you don't have to open a whole bunch of smaller cans of paint. You have a more commercial focused kit that's designed for people that are operating on these larger scales,” said Morgan.

The commercial kit is priced at $1,999 in the U.S., and inside it includes Propspeed’s etching primer, a clear coat, adequate solvent for cleaning surfaces, as well as an acid prepping primer.

With Propspeed the primer is a zinc-based primer and a silicone topcoat. “I'll tell you this, not all silicones are created equal,” said Morgan. “We have formulated our kit in a way that is going to maximize your corrosion protection. You've got this great corrosion protection primer, and you mate that with this excellent silicone topcoat, so not only are you protecting metal on a molecular level by having this corrosion inhibitor as a primer, you're coating that in an electrical insulating silicone coating. So you're protecting against corrosion … and you're insulating from electrical corrosion.”

According to Morgan, another value proposition for the Propspeed solution is eliminating the need to dive for prop polishing. “When you put it on your propeller, rudder or shaft, you're going to maintain that performance that you get on day one all the way through your service life of the product. That means that rather than a vessel progressively losing speed and performance over their service life, they're going to maintain what they had on day one without having to schedule divers.”

Morgan said that Propspeed is particularly well-suited for commercial vessels that have a dry dock schedule of about 24 months. “Typically, that's going to be boats that are less than 400 ft.,” said Morgan. “For example, passenger vessels are going to haul once a year for their Coast Guard inspection, so it's a perfect interval to service with Propspeed and make sure it's working well.” He said the list is long and would include passenger vessels (ferry and cruise), crew transfer vessels servicing offshore platforms and wind farms and dinner cruise boats.

"Before using Propspeed, we had as much as four-inches (ten-centimeters) of growth on the propeller shaft,” said Captain Rick Gauron, Ferry Boat Yankee Freedom III, in a press release from Propspeed announcing the new commercial kit. “With Propspeed applied, our running gear is now free of growth." 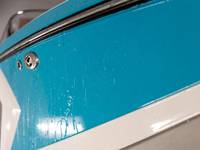 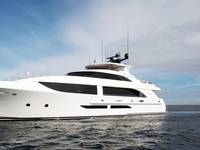