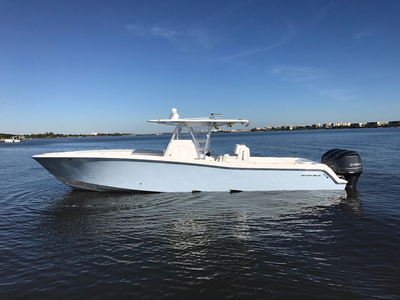 The GOST NT-Evolution 2.0’s sensors tripped the moment the thieves stepped onboard, triggering the system’s siren and strobe and alerting the customer of the attempted intrusion via automated call, text and email. Security cameras captured the thieves fleeing the vessel seconds after the alarm was activated and the vessel was left completely unharmed. Unfortunately, five other owners in the same marina without GOST’s security protection experienced huge losses to the tune of thousands of dollars in electronics as well as thousands of dollars in damage to the vessels themselves.

"Aboard my 39-foot Invincible center console, the scumbag triggered my GOST siren and strobe system,” said the boat owner. “My onboard surveillance caught him running away down the dock moments later. My investment in GOST was most definitely money well spent."

“The GOST Evolution worked exactly as intended and protected our client's investment,” said Jay Keenan, president and CEO, GOST. “We design our products to ‘prevent the event’ and that’s exactly what Evolution did. We only wish the other boats involved had our systems installed too as we would have liked to have been able to do more.”