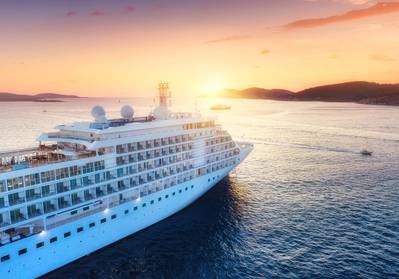 A new report from MSI says that a restart to full operations can’t come soon enough for cruise lines, whose financial position has become increasingly precarious given high debt levels incurred from fleet expansions and the fundraising required to survive the COVID crisis.

The scale of the problem facing cruise, and the tourism sector as a whole, was laid out by the UN World Tourism Organization (UNWTO) earlier this year when it said that two-thirds of the world’s destinations were still either completely (32%) or partially (34%) closed to international tourists.

Last year’s collapse in international tourist arrivals (which fell 74% year on year) led to estimated tourism revenue losses of $1.3 trillion globally, with recovery back to 2019 levels not expected until 2023.

According to MSI’s calculations, the big three cruise groups should have approximately 45% of their capacity back in operation by the end of this year, equivalent to approximately 20% on an annual average basis. This forecast draws on data published by J.P. Morgan in early June which compiles start-up dates and deployment on a vessel-by-vessel basis for the three big cruise groups.

“Prospective US cruise passenger numbers will only top the 2020 total by 1 million and so be just a third of the record 2019 total of 15.4 million out of a global total of 30 million passengers,” says Niklas Carlen, Director, MSI. “It will be a similar story for the European sector which will see passenger numbers grow slightly this year for a total also about a third of the 2019 one. On lower base figures, Asia and Oceania will recover more quickly but it is likely that the global total will be just over a third of that achieved in 2019.”

Variables affecting getting back to business include the pace of vaccination roll-out globally, as well as individual government action.