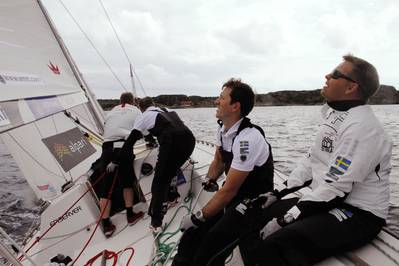 “The collaboration with Stena has made it possible for us to make a serious commitment to sailing and take yet another step towards the goal of being professional sailors. In the future, we could focus even more on sailing. Now, we are looking forward to the summer’s match racing in Marstrand and working hard to achieve even better results than last year”, commented team skipper Johnie Berntsson.

As Lovisa Andersson, Marketing, Stena Metall, commented on the sponsorship; “For Stena with its roots in Gothenburg, it feels natural to collaborate with a sailing team from the West Coast. Johnie Berntsson and his team have a sense of commitment and drive that makes us proud to give them our support. Stena usually invests in winning concepts in every context and we are convinced that Johnie Berntsson together with Stena can go all the way to world number one. We are looking forward to an exciting sailing summer with Stena Sailing Team and Johnie.”