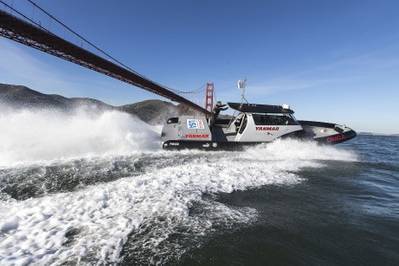 Oracle Team USA with Yanmar Co., Ltd. (Yanmar) as its Official Technical Partner has won the 34th America’s Cup in a brilliant performance that puts it in a class of its own at the top of world racing.

With the series opener held September 7th on San Francisco’s picturesque bayside, Oracle  Team USA soon found itself in trouble and by day 8 of competition its opponents, Emirates Team New Zealand, needed just one more win to seal victory. Thus began one of the more remarkable comebacks in recent sporting history, with an 8-race winning streak that culminated in a 9 to 8 series victory and Oracle Team USA retaining the America’s Cup.

Yanmar stood with the team through this unforgiving race and contributed engines and drive systems for the team’s two chase boats. With a history of more than 160 years, the America’s Cup is a sporting stage without parallel. Onto this field stride Oracle Team USA, and with a phenomenal performance and an indomitable spirit, they have seized for themselves the greatest glory the world has to offer. We salute their excellence and offer our sincerest congratulations.

Results of the 34th America’s Cup
Oracle Team USA    11 wins
Emirates Team NZ  eight wins
(Note: The series was the first to nine wins, but Oracle Team USA was penalized two points before the start of the series by an international jury forcing them to win 11 races for victory