The vessel, which had been built from 2018, was named by Mecklenburg-Western Pomerania’s Prime Minister Manuela Schwesig on June 26. The 20,200 GT Crystal Endeavor measures 164.5 x 23.4m, touted as the world’s largest luxury expedition yacht, able to accommodate 200 passengers and offers a 1:1 crew to passenger ratio.

“Crystal Endeavor” is now en route to Iceland and is scheduled for a July 15 arrival in Reykjavík. She will depart Iceland’s capital on her inaugural voyage on July 18 on the first in a series of five 10-night voyages circumnavigating 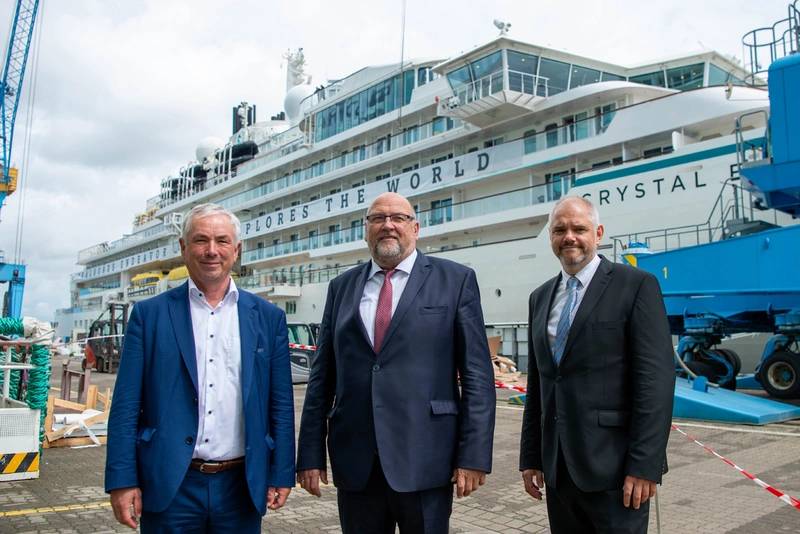