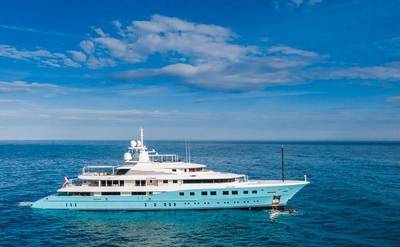 A $75-million superyacht linked to a sanctioned Russian steel billionaire was auctioned on Tuesday in Gibraltar, court sources said, in what is understood to be the first sale of its kind since Russia invaded Ukraine in February.

The Axioma was granted entry into Gibraltarian waters and then impounded by the authorities in March after U.S. bank JP Morgan said its alleged owner Dmitry Pumpyansky had reneged on the terms of a $20 million loan.

The 72.5-metre vessel is being auctioned by the Gibraltar Admiralty Court. It was listed for one day, with closed bids to be sent electronically by midday on Tuesday, a court spokesman said.

Nigel Hollyer, the broker to the Admiralty marshal of the supreme court of Gibraltar who led the auction, told the Guardian newspaper last week that there had been an “unexpected late surge by prospective buyers” around the world, with more than 30 flying to Gibraltar to inspect the yacht in person.

Given the yacht was being sold through the courts, he said, prospective buyers seemed to believe they could pick up a “bargain.”

The boat, which can sleep 12 people in six cabins, has a swimming pool, a jacuzzi, a spa, 3D cinema, jet skis and scuba diving equipment.

According to court papers seen by Reuters, JP Morgan lent 20.5 million euros to British Virgin Islands-listed Pyrene Investments Ltd which was owned by Furdberg Holding Ltd. Furdberg’s owner was Pumpyansky, who acted as guarantor for the loan.

The papers said Pyrene Investments defaulted on the terms of the loan after Pumpyansky on March 4 transferred all his shares in Furdberg to a third party, and was then covered by sanctions.

The 58-year-old, who has an estimated fortune of $2 billion according to Forbes magazine, was sanctioned by Britain and the European Union shortly after the invasion of Ukraine.

“The occurrence of the guarantor’s sanctions listing constitutes an event of default under...the loan agreement since it renders the guarantor a prohibited person, making it unlawful for him to perform any of his obligations under the finance documents,” the papers read.

The Axioma is the first seized luxury yacht known to be auctioned since sanctions were imposed by the West on powerful Russians following the invasion of Ukraine in February, which Russia refers to as a special military operation.

JP Morgan did not immediately respond to a Reuters request for comment.

Pumpyansky was, until March, the owner and chairman of steel pipe manufacturer OAO TMK, a supplier to the Russian state-owned energy company Gazprom. The company said he had since withdrawn from the firm. 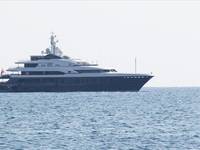