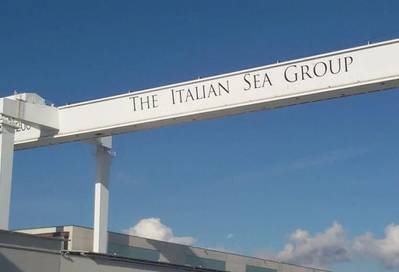 Luxury yacht builder The Italian Sea Group said on Friday it completed its initial public offering (IPO), setting a price of 4.90 euros per share, and that its shares would start trading on the Milan Bourse on Tuesday.

The price is in the middle of the 4.15-5.66 euros per share range the group had set out and gives it a market capitalization of some 260 million euros. ($315 million)

The gross proceeds from the issuance of new shares is equal to 47 million euros, the company said in a statement.

It added this would rise to 97 million euros when also considering the sale of existing shares by current shareholder GC Holding after an upsize option and an additional 10% over-allotment of the offer.

Italian fashion group Giorgio Armani and Belgian pharmaceutical entrepreneur Marc Coucke, who had both given their backing to the listing in May, invested 13 million euros, or just under 5% of the outstanding share capital, and 26 million euros respectively, the statement said.

Last month the yacht maker said it would use proceeds from the listing to focus on building yachts with a length of up to 100 meters, to sign partnerships with luxury brands and to increase production capacity including by buying European shipyards. 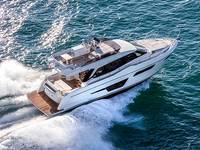