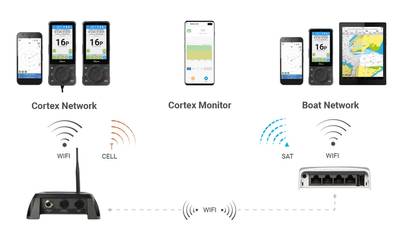 Designed to be future-proof, Cortex is built on a feature-rich and extremely powerful platform that will grow with new capabilities. Software updates are installed via the Cortex Onboard app and the latest version includes Directional Voice Alerts, Boat Network, Auto Orientation and an easy-to-use Setup Walkthrough.

“When we created Cortex, we didn’t hold back,” said Brady Cox, CEO, Vesper Marine. “It was designed and built with the future in mind. We not only made Cortex as advanced as possible, but we also ensured it could learn and has the hardware required for new features. Cortex is years ahead of other marine VHF’s and will only get more clever.”

“By making Cortex easy to upgrade over WiFi, we built a platform that allows us to effortlessly roll out new features and functions for owners,” said Carl Omundsen, CTO, Vesper Marine. “Updates over the coming months will include advanced squelch, loud hailer and intercom capabilities as well as enhanced channel scanning. This is just the beginning of a feature roadmap that promises to take the VHF radio to places it has never been before.”

The latest update includes innovative Directional Voice Alerts. In the event of a collision alarm, Cortex will announce the direction of a collision threat, such as “collision alert, starboard bow.” Instead of an ambiguous beep that other AIS systems provide, Cortex tells users what the alert is for and the direction of the threat. This helps boaters take immediate action to avoid any potential hazards while underway.

Boat Network allows Cortex to simultaneously create its own WiFi network, as well as join a boat’s existing WiFi network. Boaters can switch between the Cortex Onboard app and their favorite charting app without changing the WiFi network. Maintaining a dedicated Cortex network for handsets ensures there is no interruption of service as a result of heavy traffic on the vessel’s network due to streaming services or other use. On a larger installation with multiple WiFi access points, allowing the Cortex handsets to join the boat’s WiFi network increases the usable range. Boat Network also makes it possible to connect to the Cortex Monitor Cloud service through existing boat communications. Users can now monitor their vessel outside cellular data coverage areas by using existing satellite communication equipment on their vessel.

Setup Walkthrough is a simple, yet powerful step-by-step guide to configure Cortex upon first install and familiarize users about the product’s features and capabilities. Combined with many other Cortex features, Setup Walkthrough makes Cortex very easy to install.

Further details about these new features are available at vespercortex.com/news/Cortex-Q121. Version 1.5 is planned for release in February 2021. Updating Cortex to the latest software version is easy using the Cortex Onboard app on a smartphone. 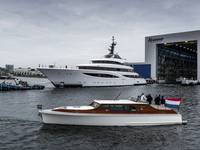 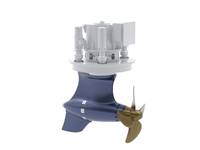 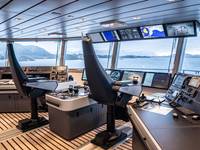