Vesper Marine, a manufacturer of marine safety products, announced a free upgrade for its flagship AIS Class B transponder, the WatchMate Vision, streamlining usability, while adding new safety features and enhancements to the user experience.

Preinstalled on all new units, the update is also available at no charge for existing owners.
“When we first launched the WatchMate Vision, we raised the bar for boater safety,” said Jeff Robbins, CEO, Vesper Marine. “Today it is the premier AIS safety instrument on the planet. There is no other full-color, WiFi, touchscreen AIS transponder available; and with its streamlined interface and new unique features including Man Overboard and Anchor Watch, it is the only dedicated AIS safety device you will ever need. Customers love it and their feedback from our beta testing of the new features has been incredible.”
Providing intuitive access to vital data, WatchMate Vision’s new interface is faster, more streamlined and gives users more fluid usability. As a key safety instrument, WatchMate Vision isn’t complicated and doesn’t require any training so users can operate it naturally and with ease in time-critical situations. The plotter view has been increased to provide greater screen real estate. Easy access to the full array of WatchMate Vision features is available through its new global menu. Users access target lists by simply touching the target count on the top right of the screen, and new interactive status symbols give fast access to functions that are used most often such as Anchor Watch, AIS transponder status and common settings. For access to the most important information, a smart alarm banner has been added to the top of the screen. Without obscuring key data, it includes the immediate details of the highest priority alarm. Touching the banner is all that is required to take the user directly to the source of the alarm including automatically zooming the display range, selecting the target, graphically showing the crossing situation and bringing up full vessel details.
Vesper Marine’s Anchor Watch is a key enhancement of the new software. When activated, the feature continuously monitors the WatchMate’s highly accurate GPS position, and triggers an alarm if the vessel breaks out of a preconfigured circular geo-fence. Anchor Watch can also be activated, configured and monitored remotely from Android or Apple mobile devices using the free WatchMate app – handy when boating short-handed or while forward at the windlass.
“Anchor Watch is a feature our customers are very excited about,” continued Robbins. “They don't need to have an MFD or any other device to be switched on at all. At a glance, they can see their position relative to their anchor on the Vision screen or either of our WatchMate mobile apps. They can even view it from their bunk on their phone. Vision keeps watch all night long and doesn't rely on any other equipment, which gives boaters valuable peace of mind.”
The new software upgrade also includes a dedicated Man Overboard (MOB) function, which works with all AIS MOB devices. Keeping a constant watch, either the internal or a dedicated external alarm is sounded directly by the WatchMate Vision when it detects a MOB. The position and bearing of the person overboard is continuously displayed on the unit’s screen as well as on the WatchMate mobile app. This function does not require any additional equipment such as an MFD, plotter or mobile device to function. In addition, boaters can label their MOB AIS devices on the WatchMate display, providing crew names or other identifiers that are quicker and easier to recognize than Maritime Mobile Service Identity (MMSI) numbers.
Another new feature allows owners with a VHF radio connected to the WatchMate via NMEA 0183 to conveniently initiate an individual station DSC call right from a target's details by simply touching the screen. This feature works with compatible VHF radios – such as all current generation Icom fixed-mount VHF’s – and eliminates the need to enter a series of MMSI digits into the radio to place a call. In addition to being easier and more convenient, this significantly reduces reaction time, for example when a tight crossing situation arises.
The update increases the number of simultaneous vessels that can be tracked under very heavy AIS loads and, when combined with enhancements to the Vesper Marine proprietary instant-target-acquisition function, increases users’ real-time situational awareness using the WatchMate mobile app. It eliminates the need to wait for vessels to re-transmit AIS data before its positions can be identified. As soon as a mobile device is turned on, or the WatchMate app is started, the app immediately displays target data for all vessels without waiting for it to incrementally appear as each vessel periodically re-transmits. Up-to-date information such as vessel positions, names and details are kept in Vision’s internal memory making it immediately available rather than waiting up to six minutes for re-transmissions.
Vesper Marine’s free software upgrade is available now for download by all existing and new WatchMate Vision owners. The upgrade is performed over WiFi on-board without the need to uninstall the unit. New companion versions of the free WatchMate app are available now on the Apple App Store and Google Play.
• Android • Apple App Store • Jeff Robbins 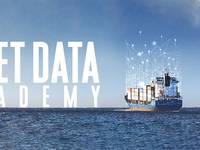