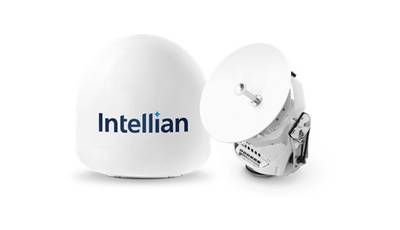 Previously, service providers have typically required antennas of 60cm or larger to deliver high throughput services owing to the higher power demanded by smaller units, but with the advent of HTS technology teamed with innovative smaller antenna design, the use of more compact antennas has become possible.

While the 45cm antenna is lighter and smaller, performance has been increased so it can be run in all parts of the world, said Sam McKee, vice president and general manager at Intellian Technologies USA.

"Intellian chose this size because it gives just the right sweet spot to be able to exceptional RF performance. You're able to get a very good data stream, so it can be used not only for small, single applications, but by crew as well." McKee said.

In the video below, McKee explains the significance of Intellian’s new v45C being approved for use on Intelsat’s FlexMaritime HTS service.

In common with the v60E antenna launched last year, the v45C shares technology developed for Intellian’s advanced NX Series antennas. These range in size from 85cm to 150cm, with  single-cable, dome-on connection and simple commissioning and diagnostics via the built-in AptusNX antenna management software. 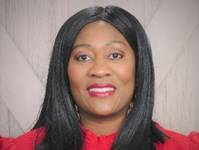