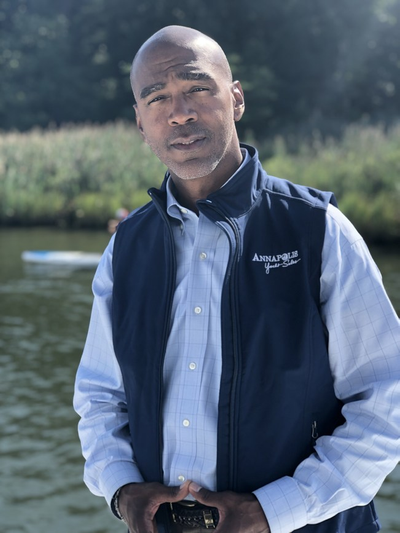 Annapolis Yacht Sales (AYS) has announced another addition to the Kent Island Sales Department. K.T. Nesbitt joins the AYS sales staff with over twenty years of sales and marketing experience and comes to AYS from Johnson Automotive- DBA Porsche of Annapolis, where he excelled in the sales of high-end performance vehicles.
Nesbitt is a husband and father of seven children who has always been an avid boater; spending as much time as possible on the water.

Nesbitt will be selling new Edgewater, Steiger, Four Winns and Cruisers as well as brokerage boats. He will be attending the US Powerboat Show, October 3rd - 6th at City Dock in Annapolis.

Annapolis Yacht Sales is one of the largest yacht dealers on the Chesapeake Bay, with offices in Annapolis, Kent Island, Deltaville and Virginia Beach. AYS proudly represents new Beneteau sailing yachts and Lagoon Catamarans, as well as new power yachts from EdgeWater, Steiger Craft, Four Winns and Lagoon. AYS is also the largest brokerage house in the Mid-Atlantic for premium previously-owned yachts.