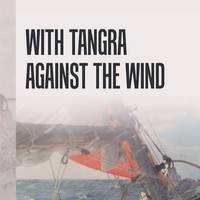 The sea presents many adventures and challenges for those who travel it. In his riveting memoir, “With Tangra Against the Wind,” Captain Nikolay Djambazov details his lifestyle as a sailor and yachtsman, where he did all of his voyages only with a compass and a sextant. Captain Djambazov shares many sea excursions including his sailing expeditions on a yacht that he built himself, named Tangra. Captain Djambazov had many great accomplishments at sea with Tangra. In 1980, he participated in OSTAR 80. 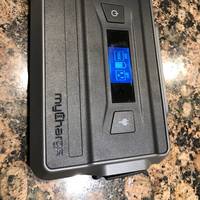 With the plethora of electronics carried today – Laptop, Cell Phone, Tablet, TV and Accessories –  portable power on the boat, on the go, is a must. The myCharge AdventureUltra Portable Charger packs a power punch to keep your running, a 13400mAh outdoor external battery pack with four ports (AC, USB-C, USB-A x2). Available for just over $50 on Amazon, the myCharge is recommended by the YachtingJournal.com staff, as tested during the summer and autumn of 2019.With a rugged and rubberized finish…

Hapag-Lloyd Cruises will hold the naming ceremony for its second expedition ship, the HANSEATIC inspiration on October 13, 2019 against the backdrop of the Belgian port city of Antwerp. It will be the first time in the city’s history that an ocean-going cruise ship has been christened in Antwerp. The announcement was made at lunchtime today by the CEO of Hapag-Lloyd Cruises, Karl J. Pojer, who spoke to invited representatives of the press and the Deputy Mayor of Antwerp, Koen Kennis. Once she has been christened, the HANSEATIC inspiration will set sail from Antwerp the following day for her 15-day maiden voyage to Tenerife. Karl J. 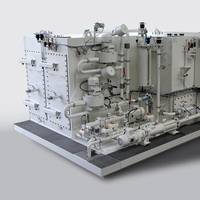 The introduction of new wastewater treatment technologies and regulations will have an impact on the operation of super yachts with more than 12 passengers, especially those embarking on expedition type cruises, according to ACO Marine managing director Mark Beavis. The amendment changes current rules governing the performance of onboard water treatment plant. From 1 January 2016, the nitrogen content of the discharged effluent must be less than 20mg/l while phosphorous content cannot exceed 1mg/l. 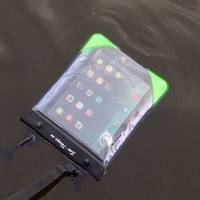 Following the launch of their DryAfloat protective cases for smart phones in 2011, Sea-Things have now launched the DryAtab series to meet the demand for the ever growing number of sailors and water sports enthusiasts who rely on tablet devices for communication, navigation and entertainment these days. Sea-Things products were selected by Alan Priddy’s Global Challenge team for use by the crew on the 2014 Round-the-World Powerboat Race, and have also been highlighted by SailWorld.com as product of the week. Two models are available to suit all types of tablet: 7″ mini and 10″ standard! 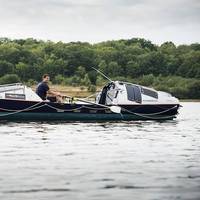 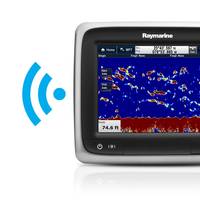