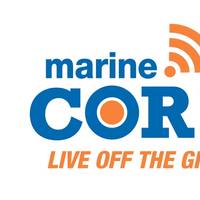 Captains, Crew Live Off The Grid With Marine CORE

Marine CORE, an innovative communications hub for yacht captains and crew, may change communication from sea. With four hotspots in one device, Marine CORE has a small footprint and tremendous capabilities, commanding communication in the U.S. and internationally.Distributed by Florida-based EC Ruff Marine for Agile Marine Solutions, Marine CORE deploys high-performance LTE service for HD streaming and Internet for constant communication with a strong connection in the air, on land and sea.

Inmarsat (LSE:ISAT.L), a leading provider of global mobile satellite communications services, has appointed e3 Systems as a Value Added Reseller (VAR) of Global Xpress (GX) for the maritime market, specifically serving the ‘Super Yacht’ market. e3 Systems, a leader in the supply of integrated communications, networking and advanced IT solutions for ‘Super Yacht’ owners and operators, has been an Inmarsat Service Provider for 13 years. The company’s appointment as a GX VAR was, according to Inmarsat Maritime, a natural progression in the relationship between the two organizations.