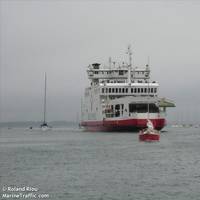 A ferry collided with at least two yachts and then ran aground in heavy fog off the Isle of Wight in southern England on Sunday, the Maritime and Coastguard Agency said.The Coastguard said a member of the public had called emergency services after hearing cries of help from Cowes Harbour, but after an extensive search by rescue teams it said no one was in the water or missing.Red Funnel, the operator of the Red Falcon Ferry, which had 56 people on board, said it had been refloated. 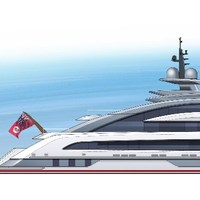 Heesen has sold YN 19480 - Project Cosmos – an 80.07-meter all-aluminium FDHF motor yacht for delivery in April 2022. This is the second contract sealed by the pioneering Dutch shipyard in 2018, reaffirming the positive trend that began last year with the sale of no less than six yachts. Project Cosmos is the largest yacht to date to be built by Heesen, and follows on from its existing major triumphs in the 60-meter plus market segment with the revolutionary 65-meter Galactica Star in 2013… 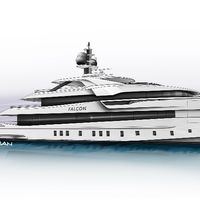 Heesen has sold the first contract in 2018, a full custom 60-meter Fast Displacement steel hulled motoryacht for delivery in 2021. At 60 meters, YN 19360 – Project Falcon – is the largest steel yacht built by Heesen to date. Her clean and chiseled exterior lines are by Omega Architects, who have introduced an innovative design feature to embellish the profile: the bird’s wing. This eye-catching multi-faceted shape visually integrates three decks (main, bridge and sundeck) without interfering with the uninterrupted horizontal lines of the glazed windows. 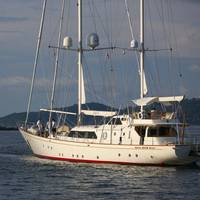 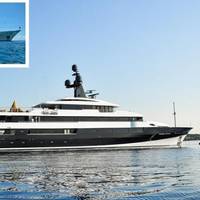 Press release - Compositeworks, a shipyard specializing in superyacht and megayacht refits, has delivered a transformation of the 68.7-meter Feadship Falcon Lair. The project, delivered in August 2015, has been nominated for a World Superyacht Award. First launched at Feadship’s Van Lent yard in 1983 as New Horizon L. the new Falcon Lair has been redesigned by the British architects Olesinski Ltd and now boasts a deep blue hull and a new exterior design. Major features of this refit included a total remodeling of superstructure forward and aft on every deck… 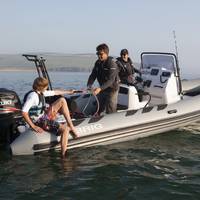 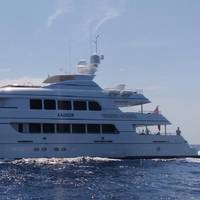 U.K.-based Marine Software Ltd have recently delivered MPM - Marine Planned Maintenance to the MY Falcon, a 164ft Tri-Deck Motor Yacht currently operating in UAE. Built at Trinity Yachts LLC, USA and delivered in 2011, this ABS classed vessel is GT 491 and has unrestricted service as a pleasure yacht. This contract was organised through Dubai based partners Sicil Marine Ship Management & Operation, as they were commissioned by yacht owner in providing a fully configured Planned Maintenance database specific for vessels equipment, to include local network installation and crew training.