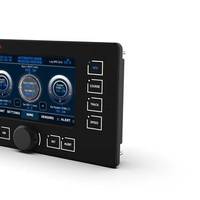 Naval automation and navigation systems supplier Seastema said its SEAS-PILOT HCS autopilot system has been certified with the MED/4.16 Type Approval Certificate of Conformity by DNV GL.With this result, Seastema, a Fincantieri company, becomes the only Italian manufacturer, and one of the first worldwide, of a certified autopilot system in conformity with the new European regulation MED (Marine Equipment Directive) 2019/1397, the highest international standard in the marine sector.The… 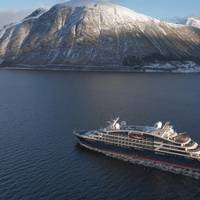 The launch of Scenic Eclipse, which is touted as world's most luxurious cruise ship and  the world’s first “discovery yacht”,  has been pushed back to 15 August 2019.Scenic Luxury Cruises & Tours announced last July a five-month delay until January 2019, although that date was later amended to 13 April.The 228-guest Scenic Eclipse will now be a year late as the company announced it would take delivery of the new luxury vessel in August 2019.It is reported the shipyard has faced financial troubles, resulting in workers not having been paid in full since last August…

On August 9, 1992 – 25 years ago today – the motor yacht Destriero set the record for the fastest Atlantic crossing, a record that remains unbeaten to this day. The monohull, built in 1991 in less than one year in the Fincantieri shipyard of Muggiano and Riva Trigoso, sailed 3,106 nautical miles without refueling, from Ambrose Light, N.Y. to Bishop Rock lightship on the Scilly Isles, England, in 58 hours at an average speed of 53 knots (reaching a maximum speed of 66 knots), claiming once more the Blue Riband, awarded in 1933 to the legendary transatlantic liner Rex. 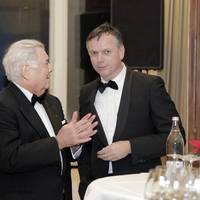 While the term ‘pioneer’ is oftentimes loosely bandied about, there is no more accurate term to describe Jochen Deerberg, an environmental pioneer of the maritime industry, founder of Oldenburg, Germany-based Deerberg-Systems, who was recently feted by cruise industry luminaries at his farewell dinner late last year. “To start in 1979 one could see that environmental-waste management problems on shore and especially in the maritime industry would be of great importance in the future,” said Deerberg. “Of course, I was 10 years too early with my idea.

'Most Luxurious Ship Ever'

Regent says the luxury ship, Seven Seas Explorer, will have the highest space ratios and one of the highest staff-to-guest ratios in the cruise industry. The 56,000-ton, 750-passenger Seven Seas Explorer, is due to debut in summer 2016. Its wow factor is a spacious two-bedroom suite that comes with a daily price tag of $5,000 per person. The ship is being designed to be "recognized industry-wide as the most luxurious ship ever," Regent President Jason Montague says in a statement. The new luxury suite, called the Regent Suite… 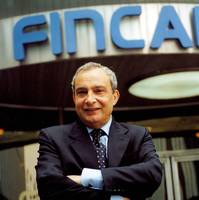 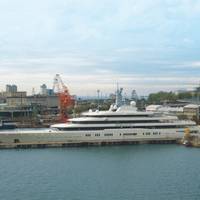 Maintenance of megayacht 'Eclipse' at the Trieste San Marco shipyard recently completed, other projects on hand. In the four weeks work, 70 workers were employed in the repairs and refitting of the megayacht 'Eclipse'. With the drydocking of  the “Eclipse”, Fincantieri confirms its presence in the high value megayacht sector in which they already boast the delivery in 2011 of  134m MY “Serene", which they claim is the largest most luxurious and technologically advanced craft ever built in Italy.