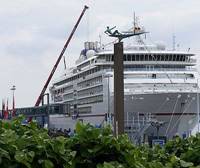 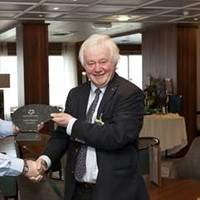 North Germany shore trips ever more popular with passengers. The cruise ship ‘Saga Pearl 2’ of Saga Cruises arrived in Kiel this morning (Monday, May 19th) from England for her first-ever visit to the port. She sailed over night through the Kiel Canal and was welcomed at the entrance to the Kiel Fiord with a water fountain display from a port tug which escorted the cruise ship to her berth at the Ostseekai. During a reception later on board, Kiel’s City President Hans-Werner Tovar and the Managing Director of the Port of Kiel (Seehafen Kiel)… 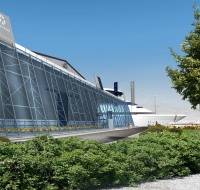 Extension of Berth No.1 at Kiel’s Ostuferhafen has started. The Port of Kiel – third largest turnaround port for cruises in northern Europe -  is expanding its handling capacities for cruise ships. Construction work for the extension of Berth No.1 at Ostuferhafen has begun, so that large cruise ships can dock there this summer already. Dr Dirk Claus, Managing Director of the Port of Kiel  (SEEHAFEN KIEL GmbH & Co. KG): “The shipping routes of northern Europe attract more and more big cruise ships as well as a constantly increasing number of tourists.