A few weeks after Carnival Cruise Line announced plans to move the Carnival Liberty and Breeze to Galveston, the cruise line announced the future homes of the Carnival Triumph, Elation, and Fascination.  The moves will take place in 2016.

The Carnival Triumph will re-position to New Orleans and join the Carnival Dream in April 2016.
Carnival officials say that because a cruise from New Orleans is more than just a cruise. The city itself is an attraction. "People love coming here. They spend a lot of dollars in the city," said Carnival spokeswoman Jennifer de la Cruz.
The Carnival Triumph currently sails out of Galveston, Texas but will be replaced with the Carnival Breeze which currently sails out of PortMiami.  The Triumph will sail four and five night cruises to the Western Caribbean.
The Triumph is six years older than its replacement, Liberty, which holds a total guest capacity of 2,974 passengers - or over 200 more passengers - than the Triumph, according to the cruise line.
Two years ago, the Triumph was disabled by an engine fire that stranded thousands of passengers onboard for days in the Gulf of Mexico before it was towed into port in Mobile, Ala. The ship underwent a total renovation, including new systems to improve operating reliability, detect fires and provide emergency backup power, as well as new restaurants and bars.
• western Caribbean • Alabama • Gulf of Mexico 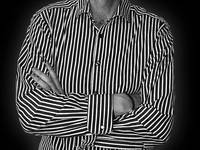