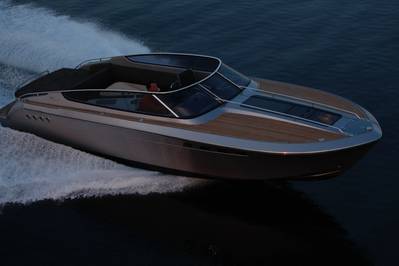 In its heyday, Coronet Yachts was Europe’s biggest producer of pleasure boats and through the years more than 20.000 boats have been produced under the Danish brand. Coronet was conceived concomitantly with Botved Boats A/S, founded by Ole Botved in 1951 and located by Tuborg Havn in Copenhagen.

Ole Botved gradually developed the enterprise to the extent that Coronet became Denmark’s and later Europe’s biggest producer, and by the time of Botved’s death in 1985, Coronet was a thoroughly established brand renowned for very high quality, solid craftsmanship and great handling qualities.

At the same time, the iconic Coronet boats have laid the path and formed the background for most modern V-bottom motorboats on today’s market, and Coronet Yachts is famous for refined and timeless design – a design that also characterizes the newest 290 Sport and 290 Weekend models.

Coronet 290 Sport and 290 Weekend are the latest models and both were launched in 2008 by Tuco Marine in Faaborg. 290 Sport is a timeless 29-feet open sports boat with focus on the sailing experience, but the model also offers overnight accommodation in the cabin below the foredeck. The Weekend model is a hardtop version of the Sport model, and the hardtop provides increased comfort. The boats were launched at the Hamburg Boat show in 2008 and later distributed through a range of dealers in Europe.

The brand is now offered for sale, and together with the trademark follows the rights to the boats as well as a range of casting molds and other production tools including a complete set of forms, production documentation and BOMs for the latest models. There are also molds and documentation available for a number of historic models. All company information in the form of drawings, marketing material, design manuals, pictures and film is also included.

The three licensees have passed the sales assignment on to Tuco Marine in Faaborg. Tuco Marine was also involved in the launch of the new Coronet 290 Sport and 290 Weekend models. 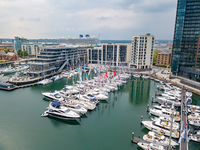 Southampton Boat Shows Canceled On the Eve of Opening Day