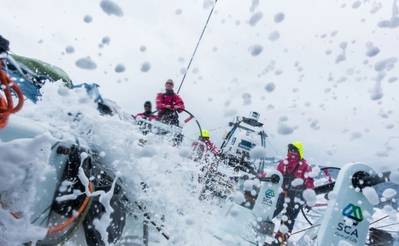 The Volvo Ocean Race fleet, battered but unbroken as they battle through the Southern Ocean, face the toughest 48 hours of the nine-month marathon, reports Reuters.

It is now heading for Cape Horn in southern Chile, a graveyard for countless sailors since it was first used as a trading route in the early 17th century.
Cape Horn, at the southern-most tip of South America, is regarded by sailors as the most iconic and feared landmark in the world. What makes it so challenging? It's cold, it's bleak and it's dangerous. Its home to biblical storms and gale force winds, making visibility difficult. And lying just 500 miles from Antarctica, they have to look out for the odd iceberg too.
“It’s going to be fast and furious between now and Cape Horn,” says Race Meteorologist Gonzalo Infante.
“From a safety point of view this is concerning,” he continues. “The sea state is rough, and tonight, the boats will be hit by a cold front. These fronts travel very fast, faster than the fleet in fact. So as it blows over, they will experience a change of wind direction from northwesterly to westerly. It will be rough for the leading pack.”
The region is the only time in the 38,738-nautical mile race where the boats are likely to see icebergs and to complicate matters; a huge storm is building up behind them in the Southern Ocean.
• Southern Ocean • Reuters • southern Chile 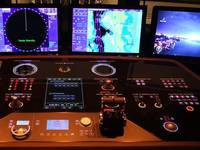