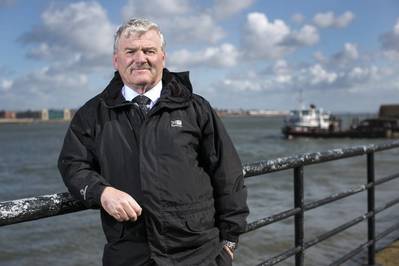 Maritime engineering company SeaKing Electrical announced its busiest year in a decade for superyacht work ahead of its attendance at the Monaco Boat Show.

Liverpool City Region based SeaKing Electrical has sent teams to work on 18 superyacht repair and upgrade projects in the nine months until September beating its previous record of 17 jobs in all of 2017. The company has worked in the Mediterranean in Cadiz, Cartagena, Genoa, La Ciotat and Barcelona as well as Miami in the United States and Antigua in the Caribbean.

SeaKing managing director David Gillam said the company is seeing increased demand for its electrical services on yachts ranging from 34m to 120m.

He said demand is expected to continue as yachts return from charter at the ‘close season’ in October.

“Superyachts are a highly specialized sector and owners, shipyards and charterers want to work with engineering companies with a clear track record,” he said. “SeaKing has worked hard for 10 years to build up technical knowledge and experience of superyachts drawing on our heritage of working extensively on warships, ferries, cruise ships and commercial vessels.  The prime work we have carried out this year on superyachts includes inspections, audits and repair of faulty or inefficient equipment. Our teams have worked in shipyards or at sea undertaking works covering bridge integration, power generation, propulsion, automation, earth monitoring systems as well as CCTV and security systems. A project on a 80m yacht in saw our design and technical team complete a load balance from conception. Another job in Italy required our engineers to remove an obsolete unsupported ship management system and install a new Deif system together with integration with the ships generators. Other work has involved a five-year insurance survey to identify electrical faults, infrared thermography surveys for switchboards, the synchronizing and load balancing of generators as well as AV and underwater deck and interior lighting LED upgrades.”

Gillam said all of SeaKing’s installations are carried out to meet Class and SOLAS requirements.

“Superyacht customers are keen to identify innovative ways to make their vessels more energy efficient and environmentally friendly towards marine life,” he said. “This includes power generation and propulsion systems, lighting and entertainment systems. On one project we upgraded the on-board Crestron control, media distribution and entertainment network with a brand new KNX system, WIFI, and advanced DALI lighting system all of which reduced light and noise pollution.”

SeaKing’s superyacht sector growth comes shortly after it announced a tender win from Cumbria County Council to repair The Mallard car ferry, operating in England’s Lake District, following fire damage. The company also announced the completion of a recent deal to undertake electrical upgrades on three DFDS ferries at Damen Dunkerque Shipyard in France. SeaKing presently employs more than 100 engineers, including a vibrant apprenticeship program. The company has a turnover of more than £8 million ($10.5 million).