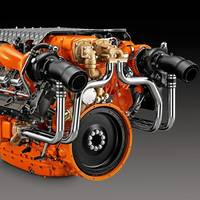 Scania is making available its new powerful and lightweight range of engines – fully emissions certified for the U.S. pleasure craft market, including a line-up commanded by a 900 HP, six-cylinder, 13-liter in-line and an 1,150 HP 16-liter V8 Scania engines.Built on a Compacted Graphite Iron (CGI) engine block and employing a simple wastegate turbocharger, Scania delivers top-of-class performance without the need for additional turbos or superchargers. The resulting light weight… 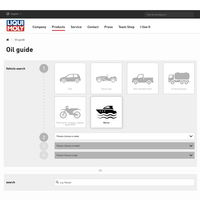 LIQUI MOLY USA has announced it has expanded its Oil Guide—both in app and online formats—to include its recently launched marine line of oils, fluids and additives in the US and Canada. This will allow consumers and marine professionals to identify and learn about the correct products for their inboard, outboard and sterndrive engines. 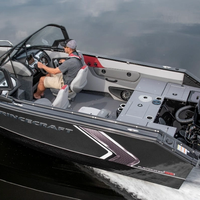 Princecraft boats has announced the global launch of the all-new Platinum SE series premium fishing boat and the Vectra/Sportfisher pontoon series for model year 2020. Both categories have helped to redefine and expand the Princecraft brand beyond Quebec, giving the company the opportunity to continue its growth. Both the Vectra/Sportfisher and the Platinum SE have been in high demand with Princecraft dealers and customers as they offer the versatility, world-class quality and… 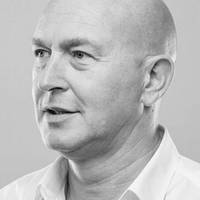 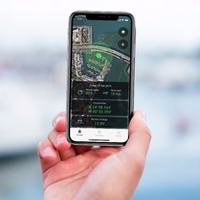 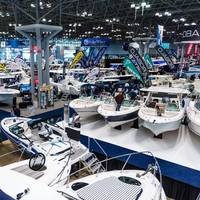 The Canadian government has removed the 10 percent retaliatory tariffs on U.S.-built recreational boats that resulted from President Trump’s 10 percent tariff on aluminum and 25 percent tariff on steel imported from that country to the United States.According industry obersers, removal of retaliatory tariffs seen as a critical first step toward elimination of US section 232 tariffs and ratification of USMCA trade agreement.A joint statement from NMMA Canada and NMMA said this marks the most positive development for the industry since the tariff issues first emerged."As such… 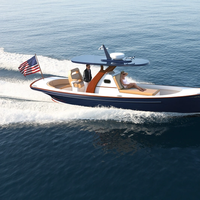 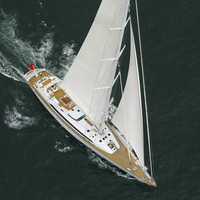 One of the projects Canada’s Thordon Bearings is most proud to be associated with is that of the Mirabella V, which has been operating the company’s SXL and COMPAC bearings continually for more than 15 years.The M5, formerly named Mirabella V, designed by Ron Holland Designs, was built by VT Shipbuilding of Woolston, UK in 2003. The 77m flybridge sloop, with a beam of 14.8m (48.5 ft) and a height of 88.5m (290.3 ft) to the top of the carbon mast, is the largest single-masted sailing ship ever built.The single-mast sloop sail design was chosen in order to maximize the accommodation space… 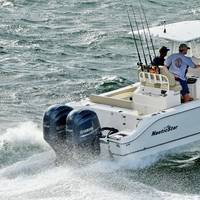 MCBC Holdings, the parent entity of MasterCraft Boat Company, and NauticStar announced that it has entered into a definitive agreement to acquire Crest Marine, a vertically integrated manufacturer of high-quality pontoon boats in the United States, for approximately $80 million.MasterCraft also expects that approximately $10 million net present value of future net tax benefits will accrue to the combined company. The transaction is expected to close in the fourth quarter of calendar 2018… 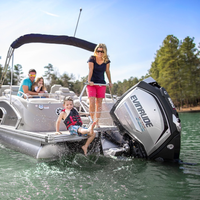 BRP announced  it has entered into a definitive agreement to acquire Triton Industries, Inc., the North American manufacturer of the Manitou pontoon brand.The family-owned Manitou business based in Lansing, Mich. is considered a pioneer in the evolution of the pontoon thanks to its patented V-TOON technology, an industry game-changer for planing, performance and efficiency. Manitou employs approximately 160 people and has a network of around 150 dealers across Canada and the U.S."The… 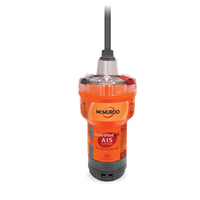 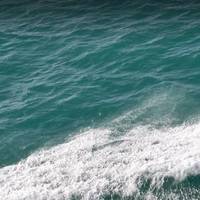 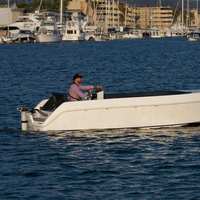 The director of a yacht management firm was cleared of manslaughter charges bought on by the death of four sailors in 2014.Four U.K. men – two in their twenties and two in their fifties – were killed when the 40-foot Cheeki Rafiki capsized in the Atlantic in May 2014 while returning across the Atlantic Ocean to Southampton from Antigua. The sailors’ bodies were never recovered.Yacht manager Doug Innes, who had been accused of failing to have the yacht properly checked ahead of its voyage and to ensure that its certification was in date for the intended trip… 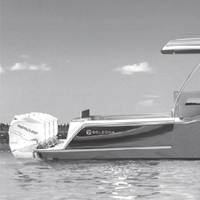 Belzona 400 to Debut at FLIBS

Belzona Marine will introduce its new 40’ Center Console at the Ft. Lauderdale International Boat Show, November 1-5, 2017. The Belzona 400, designed by Ocean5 Naval Architects, builds on the success of its flagship 32’ model, that includes a patented sliding hull-side door and forward-facing windshield, with the addition of triple or quad Mercury outboards and an express bridge layout that offers the amenities and conveniences of a much larger express-style cruiser without losing any aft cockpit or foredeck functionality.