The International Seafarers' Welfare Awards, aimed at show-casing best practice in seafarers' welfare in the maritime industry, will take place on November 28, 2012 at the IMO in London.

The organizers of the Awards, the International Committee on Seafarers' Welfare (ICSW), announced the short list of finalists for the Awards:

Roger Harris, ICSW Executive Director, said: "These awards are about celebrating the work of those companies, organiszations, and individuals that go the extra mile to ensure the health and well-being of seafarers. 2012 has been an important year for the maritime welfare sector. In August the MLC was ratified and will come into force in 2013. The MLC will encourage the establishment of welfare boards and port welfare committees to oversee the development of seafarers' welfare services and facilities in ports. As organizations and governments around the world come together to set new standards they will be able to look towards those whose achievements have been recognized here as examples of best practice." 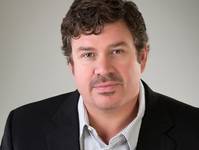