Spanish boat Mapfre has claimed victory in the Auckland leg of the of the round-the-world Volvo Ocean Race from Sanya, China, to Auckland.

The Alicante-based yacht Mapfre edged out Abu Dhabi Ocean Racing - skippered by Briton Ian Walker - by just four minutes 25 seconds. The round-the-world challenge, in its 41st year, covers 38,790 nautical miles.
The fourth, 5,264-nautical-mile leg of nine in the race, from Sanya on the southernmost tip of China to Auckland, New Zealand, has taken more than 20 days since setting out on February 8.
Abu Dhabi leads the overall standings from Chinese crew Dongfeng Race Team.
The Spanish crew overcame two major obstacles to claim victory in Auckland. Their communications system onboard failed at one stage in the leg for three days depriving the crew of weather data, which helps them plot the optimum course.
Additionally, 22-year-old crew member Guillermo Altadill suffered a badly injured right hand when he was thrown across the deck by a huge wave.
The Ocean Race is staged over nine legs, visiting 11 ports and every continent. It started in Alicante, Spain, on October 4 last year and ends in Gothenburg, Sweden, on June 27.
Each of the seven teams receives the same points as their finishing position for each leg, with the team with the lowest score at the end of the ninth leg declared the winner.
• Ian Walker • New Zealand • communications system 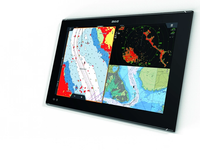