MarineMax announced has that it has a new Ocean Alexander 100 Motoryacht owner.

This model was first introduced to the public at the 2014 Fort Lauderdale International Boat Show where The Ocean Alexander 100 received a lot of attention and acclaim by yacht enthusiasts and critics from around the world.

“After almost one year of extensive research comparing competitive models, my clients chose the Ocean Alexander 100 Motoryacht for their family,” said James Corts, MarineMax Sales Consultant. “The fully enclosed Skylounge was the deciding factor, they really liked that they could operate the vessel in comfort no matter what the weather brings. This configuration also frees up space on the main deck for a forward lounge and desk area.”

The Ocean Alexander 100 is designed by Evan K. Marshall as part of the highly successful Ocean Alexander full-beam master stateroom arrangement with his-and-her heads. The forward VIP stateroom and two guest staterooms each have en-suite heads and plenty of storage. The living space on the main deck affords a dining table that seats eight and massive seating areas for socializing. The galley is a stand-out in its class with the space and professional appliances for a chef to prepare true gourmet meals.

Ocean Alexander uses inventive aluminum-beam engineering and unidirectional carbon fiber to add exceptional strength without adding weight. This allowed them to design the 100 with the most massive window views and a living space usually found only in megayachts. 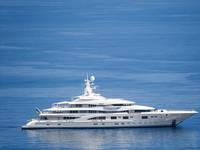 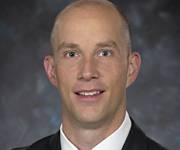