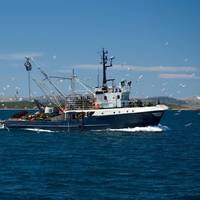 Why the Meaco Dehumidifier is a Must Have

Year-round productivity in any weather is why Meaco desiccant dehumidifiers are a perfect choice for commercial vessels in North America.Meaco (U.K.) is a premiere manufacturer of desiccant dehumidifiers. Meaco has been successfully operating in Britain since 1991, and they entered the North American market last year. Meaco began producing dehumidifiers in the 1990s primarily for top museums who curate priceless art exhibits and must keep moisture out of the air. Today, Meaco… 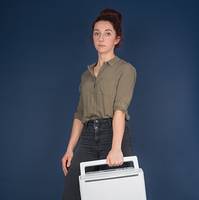 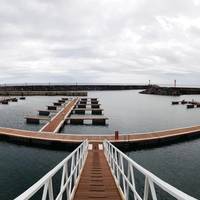 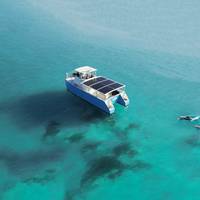 Deep in the blue waters of Key West, Honest Eco’s founding captain, Billy Litmer, said its dolphin watching tours help their guests “understand and interact with wildlife from a curious yet courteous proximity.”In creating his eco touring company, Litmer invested in everything he needed to guarantee an unforgettable experience for his guests--knowledge, custom boats, and quality gear.His boat is called Squid, and Billy built it from the hulls up. He asked David Walworth, an MIT educated boat designer and builder, to design the perfect boat for the dolphin watching excursions. 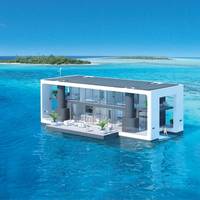 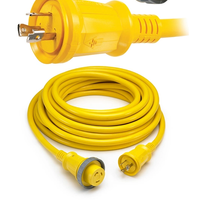 Water and electricity do not mix. Having a waterproof shore power cable set is of vital importance to the safety of boaters and their watercraft. Hubbell Marine 30A models incorporate a molded design, completely encased in solid PVC material, to ensure reliable waterproofing and superior durability.The 30A Cable Set with LED "Power-ON" Indicator features a high intensity light that glows bright green when power is on. This makes it easy to verify if shore power connections carry live current. 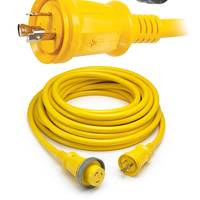 The ability to quickly verify whether shore power connections carry live current is a basic safety benefit to any boater. Hubbell Marine offers 30A cable sets with a high-intensity LED indicator that glows bright green when power is on. The presence of electricity can be confirmed at a glance, even in bright sunlight. In addition to the LED safety feature, Hubbell 30A cable sets include arrows on the cable terminals to indicate locked/unlocked positions and provide easy alignment of the grounded prong. 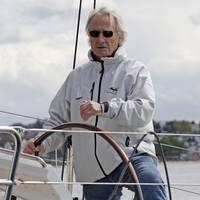 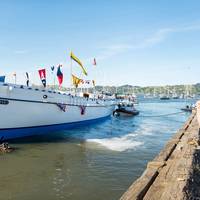 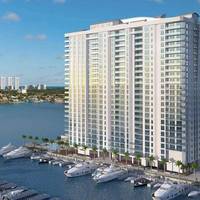 The all-new, full-service marina at Marina Palms Yacht Club & Residences has officially opened, marking Miami-Dade County’s first luxury residential marina and yacht club development in over 20 years. The state of the art marina features brand new construction at a prime location on the Intracoastal Waterway in North Miami Beach. The opening of the marina, designed for vessels up to 100 feet in length and the creation of a new private boat club allow residents to experience an unparalleled waterfront lifestyle at one South Florida’s most sought after addresses.

Volvo Penta is the official engine supplier for the 2014-2015 Volvo Ocean Race, which is having its North American stopover in Newport, R.I., this week. “The Volvo Ocean Race serves as a crucible for developing and testing new technologies that will benefit the entire marine industry,” said Ron Huibers, president of Volvo Penta of the Americas. Each of the One-Design Volvo Open 65 sailboats is equipped with a single Volvo Penta D2-75 four-cylinder diesel engine with S-drive. The engines are primarily used to produce electricity for the freshwater maker, lights, heating and electronic navigation and communication systems. 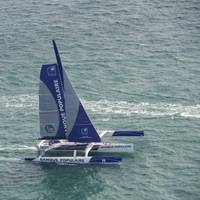 The Power Behind the Winner's Podium

Banque Populaire VII, winner of the 2014 Route du Rhum transatlantic single-handed yacht race, cam attribute its success to the combined efforts of her designers Van Peteghem Lauriot-Prevost, builders Multiplast and, not least, the skill of her skipper Loïck Peyron in setting the performance of this ocean-racing trimaran against the forces of wind, sea and weather. According to Yanmar, there was another source of power provided unseen and hardly heard below-decks - a Yanmar 4JH4-HTE 110mhp four-cylinder diesel auxiliary engine.

Dart Realty (Cayman) Ltd. has officially relaunched the Cayman Islands Yacht Club, part of the North Sound boating experience that boasts daily traffic of more than 700 boat owners and passengers. The Yacht Club is the primary gateway from the Seven Mile Beach tourism district to Cayman's top natural attraction, Stingray City, and North Wall diving and snorkeling. With the renovations, the Yacht Club is prepared for the heavy crowds of tourists during high season. To mark the completion of the $7 million marina redevelopment…

060Bio, LLC says it has developed a device that repels both Zebra and Quagga mussels. They call the device Dock Disk (which is trade-mark protected). The 7.5" soft foam disk encloses the patented active ingredient and serves as the patent-pending delivery system. 060Bio explains that the mussels-repelling process begins when you get the package from them. Each Dock Disk comes with a hanging kit that includes an eye bolt to attach the device to a dock or slip, a 4' string or lanyard from which the Dock Disk is hung, and a small bag that hangs off the bottom of the disk.

Drydocks to Provide Utility Solution to Heart of Europe

Drydocks World, service provider to shipping, maritime, offshore, oil, gas and energy sectors, will sign an agreement with Kleindienst Group to provide a complete range of offshore marine and operational management solutions for their The Heart of Europe. The project is comprised of six islands owned by the Group on The World project in Dubai. The Agreement will be signed by His Excellency Khamis Juma Buamim, Drydocks World Chairman and Josef Kleindienst, CEO of Kleindienst Group. Drydocks World will offer high-end technical and operational support to the development of the islands including managing the dredging operations…

Marina Port Vell (MPV), Barcelona announced that it is has formally signed the “Acords Voluntaris” initiative developed by the Climàtic Canvi Catalan Office of the Generalitat de Catalunya. The initiative is designed to reduce greenhouse gases through measuring and taking inventory of emissions, implementing measures to reduce CO2 discharge and to continually monitor the effectiveness of the program. “Marina Port Vell is deeply committed to environmental protection,” said Norma Trease, Director of Salamanca Group’s Marine Division. 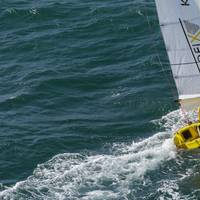 Only three days left to the restart of our transatlantic-record attempt  single-handed – nonstop – without any external assistance. The Austrian technology company Fipofix and the Austrian art of engineering set new standards. From continent to continent, "Proof of Principle” stands for the world first attempt to cross the North Atlantic in an only 16 foot (4.90 meters length) sailing boat, which is entirety out of volcanic fibres, single-handed, nonstop and without any external assistance from east to west and subsequently from west to east by the dreadful northern route. 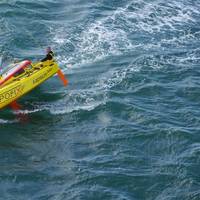 The electricity breaks down and the collision with a floating object forced Norbert Sedlacek to stop over! The new start date for Norbert’s world record attempt: 12.01.2014, 12:00 Gijón (SP). "Fortunately, the world record attempts are not in danger on the continent," joked Norbert Sedlacek after heading his boat which had the electrical problems towards the harbor of Gijón in the Spanish Bay of Biscay. As a bonus, the boat had a crash with a floating object brought up by the…